Prepare to Fall in Love with this Revival

Holly Williams—Nashville shop owner, musician, and the granddaughter and daughter of the famous Hanks—invites us into her home and shows off her version of vintage rockabilly style.

What does a serial house fixer-upper and flipper do when she finds a home where she can actually imagine herself settling down? She takes her time. At least that was Holly Williams’ approach. The singer-songwriter and shop owner (she helms H. Audrey fashion boutique and four locations of the home-goods store White’s Mercantile—three in Nashville and one in Wilson, Arkansas) has also made a name for herself as Music City’s ultimate old-house rehabber. “I’ve done 7 houses in the past 10 years,” says Williams, who’s a mother of three (daughters Stella June, 3, and Lillie Mae, 2; son, Arlo, 1). “I take on each project as a passionate labor of love.” But when she spotted a “For Sale” sign in the front yard of a white Colonial Revival in Oak Hill, Tennessee, just south of Nashville, she decided to slow down for a bit.

Williams then spent the next 18 months—what felt like an eternity to her—taking the dated house down to the studs and then reimagining it to create a family-friendly home for her and husband Chris Coleman to raise their brood. During the renovation (in addition to logistical matters such as removing mold and replacing knob and tube wiring), Williams reconfigured the floor plan with wider doorways and larger windows to maximize natural light. Next, she put her granny chic-meets-impossibly hip stamp on the home by incorporating a sophisticated color palette (black and white figure prominently) and dramatic wallpapers. From there, she piled on the antiques and heirlooms. An admitted sentimentalist and an obsessive collector, she took her time finding the right spot for each gritty, patinaed piece. “A room just feels more authentic when it isn’t all designed in one afternoon online,” she says. “And it’s also a lot easier for me to picture a future in a home when I’m surrounded by pieces from the past.”

With the renovation now finished, her children are adding their own scuffs and imperfections to walls and family treasures. “A house is never really done, but I’ve gotten pretty close with this one,” says Williams, who’s content to stay here for a while—that is, until the next time an unassuming “For Sale” sign catches her eye.

The handsome Colonial Revival—located just south of Nashville in Oak Hill—already had curb appeal in spades. Except for some sprucing up of the landscaping, she left the exterior untouched. The traditional facade became her inspiration for reviving the interior. “I wanted warmth and elegance that matched the outside’s beautiful bones,” she says.

Plenty of people would lose their cool if they discovered that an installer had hung half the entryway’s striped wallcovering (Farrow & Ball’s Closet Stripe) in the wrong direction—but not Williams. Instead of starting over and eating the subsequent costs, she rolled with it, hanging the paper both vertically and horizontally. The result is a fresh take on a simple motif.

The foyer’s assemblage of framed oil landscapes keeps the room’s graphic wallpaper from completely stealing the show. “I purchased all of the paintings over a number of years at Scott Antique Markets in Atlanta,” says Williams. “It was only when I finally pulled these pieces out of the basement that I discovered they were all picturesque farm scenes that look an awful lot like the Louisiana homestead where I spent summers as a child.”

It’s sophistication to the hilt in this completely renovated space, with a glossy La Cornue gas range, dark cabinets (Tricorn Black, SW 6258; sherwin-williams.com), and brass hardware from Rejuvenation. The brass shelving is the result of tenacious decor sleuthing—Williams tracked down the maker of Ralph Lauren merchandising displays to replicate the design (which was a custom order from Urban Archaeology).

From the kitchen cabinetry to the playroom decor, the timeless color combo of black and white makes more than a dozen appearances in this home. “I love that this scheme is simultaneously casual and glam, classic and fresh,” she says.

The kitchen’s eating area is a bold mix of old and new with a dramatic but discontinued wallpaper (Lily of the Valley by Cole & Son), a black metal pendant from Circa Lighting, and a painting done by her maternal grandfather when he was a student at the Ringling College of Art and Design. The built-in banquette features a ticking-stripe outdoor fabric (Jake Stripe in Black Tie; perennialsfabrics.com) and offers additional storage space.

She scaled back some of the home’s formal architectural elements by exposing the existing brick framework in the kitchen. “It may sound counterintuitive, but I find that a home feels more inviting when it’s a little rough around the edges,” she says.

After she meticulously revamped the millwork, Williams let it be the star. She coated every surface in the dining room but the floor in Farrow & Ball’s Green Blue and decided to leave the windows sans curtains to avoid disrupting the effect. She paired the chandelier (one of her first ever antique finds) with Napoleon Chairs from Jayson Home and a sleek glass-topped table from One Kings Lane.

Exposed brick, pink french doors, and personal mementoes add warmth to this living room the whole family can enjoy. Williams layered oriental rug is from one of her favorite local shops, The Nashville Rug Gallery.

“This is a family home in every sense of the word,” says Williams, who filled her house with sentimental heirlooms—such as her dad’s cherished dog painting over the living room sofa. “I’ve loved that piece ever since I was a little girl.” Other meaningful items on display include the duck-hunting scene her mom’s great-grandmother painted for her own son.

Color and pattern get a rest in the master suite, where Williams went with shades of white, cream, and barely there gray for a tranquil air. Among the many neutral, textured items is one of her prized possessions—an old armoire that she purchased at a Paris market in her twenties. “It was one of my very first antiques. I’ll never let it go,” she says.

It left contractors scratching their heads, but Williams insisted on placing the soaking tub smack in the center of the room to replicate a look that she’d seen in a European hotel. An antique rug (from Nashville Rug Gallery) used as a bath mat and a pair of reclaimed doors from France round out the room.

With three young children, Williams needs a quiet space to escape all of the chaos—even if it’s just to get dressed and ready for the day. Enter her to-die-for closet, swathed in a pale blush shade (Pink Ground by Farrow & Ball). Williams is far from a girly girl, but her “all-time favorite paint color” is a soft, rosy shade, which covers the walls, molding, cabinetry, and ceiling of her dressing room. “It brings a ladylike elegance to the edgier items I’m drawn to,” she says. A demure vanity and artful doors complete the look. “It’s so much better to be able to hide your mess!” she says.

Williams’ home is filled with antiques and tchotchkes, yet it feels far from cluttered. Her secret? Give showstopping, mostly floral wallpaper enough breathing space. “Every few rooms, I make a bold wallpaper statement. I find that when I do, less furniture and accessories are required,” she says of areas such as the breakfast nook, powder room, and guest suite.

“You like what you like,” says Williams, who blanketed this space in a lush floral wallpaper (Seraphina Delft by Designers Guild) that’s made appearances in her previous projects. “I love that it’s feminine but the blues and oversize scale help keep it from feeling too fussy.”

She designated the upstairs area as the kids’ space and accented the pitched ceiling with a blustery gray wallpaper (Nuvolette by Fornasetti) that’s playful but not twee. Also on display is a collection of whimsical faux-taxidermy heads from White’s Mercantile and a gallery wall chock-full of sentimental pieces, including her husband’s fourth-grade silhouette and a print that pays homage to her paternal grandparents’ farm. 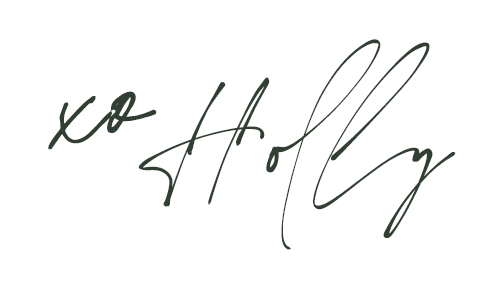